Beach Slang And The Defense Of Macro Art

I have picked up Chuck Klosterman’s ‘Fargo Rock City’ and put it back down more times than I can count. I’m not sure why but every time that I would get 50 or so pages in I would give up. Every six months or so I would repeat the process until just a few weeks ago I plowed through the coming of age memoir set to the tune of 80s hard rock in just under a week. The book was a fun and honest look at being raised on metal in the midwest and having been exposed to the world of dirty rock n roll by the likes of Mötley Crüe and Poison thanks to an older cousin and her rocker boyfriends. I too know what it’s like to desire nothing but a good time in a hum drum town.  I do have one beef with Mr. Klosterman, however, towards the end of the book Klosterman basically dismisses all music fans, particularly rock fans, as idiots. Stating that he himself enjoys hating musicians more than he enjoys appreciating them. I guess it’s hard for me to understand that a kid growing up in the midwest that took such refuge in music could also treat it as such a disposable thing, but then again Klosterman just wanted to be a writer of any kind, it didn’t matter if it were sports, politics or music in this case.

I do agree as a fan that sometimes we can act foolishly, for instance when Beach Slang (if you haven’t noticed the KDF collective are kind of big fans) starts announcing fall tour dates and you start buying tickets to any and all dates like you don’t have a job or a family or like you’re some crazed tie-dyed wearing vagabond ready to devote your life to the road and a steady diet of couscous, than yes Mr. Klosterman, we are idiots.  After a small reality check which came in the form of my checking account balance and the review of my travel itinerary by my wife, I limited the number of shows to four and then further reduced to two thanks to work conflicts. Those two shows happened a few weeks back, one in Cleveland and one here in my hometown of Pittsburgh. James Alex is currently touring as Beach Slang, that is it is usually just him on stage with the occasional help from bass player Ed McNulty and from some very excited fans willing to fill in on drums when it’s necessary.  What I took away from this weekend of Beach Slang was that the songs do not lack with the absence of the band, but instead take on a new way of being. Yes, there is a noticeable void of low end and the beat that comes in to start the outro on ‘American Girls and French Kisses’  is one of my favorite musical moments on record but even without it, the crowd singing along in time was still enough to make the hair stand up on your arms.

When I entered the Grog Shop on a rainy Friday night in Cleveland most of the crowd was still filtering in from dinners out or hustling out of work. Both James Alex and Ed McNulty were hovering around the venue and I took the opportunity to speak to both.  Our conversations ranged from rock climbing to compounded skateboard injuries and, of course, music. It was the topic of music, that while speaking to Alex, that his eyes would light up. Recounting moments from this past summers festival run in Europe, about how he and the band ran to catch 20 or so minutes of Morrisey just before they themselves had to take the stage.

We both gushed over seeing Sigur Ros and I tried to play it cool while complimenting him on his own music. I asked him about his brief career in graphic design and simply put “It wasn’t rock n roll.” I wondered about how Klosterman had simplified rock music as ‘macro art’ and about how rock musicians have no real connection to their fans and how they don’t think about how their songs singularly effect listeners. I thought about how Klosterman picked out the Replacements specifically in his book, stating that ‘fans are not getting anything special from these performers.’ Then I thought about how Beach Slang had just recorded a whole album based on the interactions and response to fans from their first album and touring efforts, about how that this was an exact example of how an artist directly affects the fan while being conscious of it. Perhaps Klosterman would still reduce rock music to fluff, and that’s fine because there are a whole lot of us that still find the magic and meaning in simple ‘macro art.’ 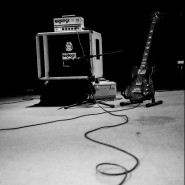